Jeff Bezos announced this a day after Indian Commerce and Industry Minister Piyush Goyal said that the e-commerce giant did not do India any big favors by announcing the new USD 1 billion investment recently.

New Delhi: World’s Richest and Amazon founder Jeff Bezos wound up a three-day visit to India by promising to create a million jobs by 2025, through continued investments in technology, infrastructure, and logistics network, he also announced that Amazon plans to invest USD 1 billion to digitally enable micro, small, and medium enterprises (MSMEs) and traders across India, including manufacturers, resellers, local offline shops, and brands. and supporting India’s economic diversification.

Amazon aims to digitilized 10 million medium-sized businesses ( MSMEs ), with this investment, helping Indian businesses grow by selling online worldwide and enabling USD 10B in cumulative exports by 2025. In his statement is said that “Over the next five years, Amazon will invest an incremental US$1 billion to digitize micro and small businesses in cities, towns, and villages across India, helping them reach more customers than ever before. This initiative will use Amazon’s global footprint to create US$10 billion in India exports by 2025. Our hope is that this investment will bring millions of more people into the future prosperity of India and at the same time expose the world to the ‘Make in India’ products that represent India’s rich, diverse culture”.

Jeff Bezos announced his plan in front of thousands of MSMEs at the inaugural Amazon Smbhav (pronounced as ‘sambhav’ or ‘संभव’ ) is aimed to empower SMBs & equip them with the right tools, information, and opportunities to aid in their growth. Smbhav is designed to unearth the limitless possibilities that SMBs can discover while adopting the technology. Amazon Smbhav is a first-of-its-kind mega summit in India that focuses on gaining various perspectives from renowned industry experts, policymakers, and solution providers on the areas most relevant to SMB’s in today’s ecosystem. He also stated that “We’re committed to being a long-term partner of India. And actions speak louder than words”.

Today, there are more than 550,000 sellers on the Amazon India marketplace and more than 60,000 Indian manufacturers and brands are exporting their “Make in India” products to customers worldwide on Amazon. We hope that may Amazon give some relief amid mass layoffs, Job crunch In India. 🙂

amazonjeffbezosonemillionjobsmbhav
Prev post Who thinks that Emilia Clarke (Khaleesi) resembles Shraddha Kapoor!!
Next post According to NCRB data -More unemployed and self -employed people killed themselves than farmers in 2018. 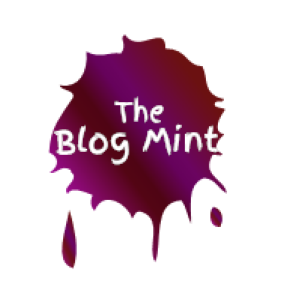